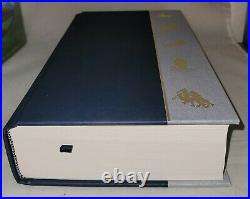 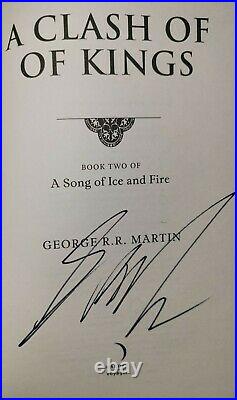 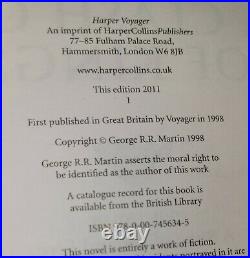 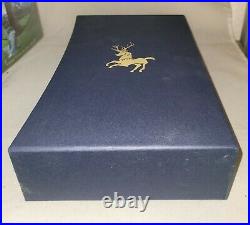 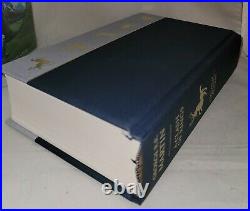 Specialising in providing some of the very best Fantasy Fiction from around the world. Here you'll find both rare, out of print books from the likes of Michael Moorcock as well as books from more mainstream authors such as Robert Jordan, David Eddings and Robin Hobb. I try to accurately describe each book and if anything I err on the conservative side. I will mention if the book dust jacket has been price clipped, it is an ex-library copy or a book club edition.

When I say 1st edition I mean 1st printing - unless I qualify it. I also try and identify whether a book is a worldwide or a specific market 1st.

If you have any questions or need additional photos then just let me know. If there is a particular book that you are interested in that I don't have listed then please let me know as I can try to track a copy down for you. A Clash of Kings - 1ST Thus HB - Signed. A Song of Fire and Ice 2. The Iron Throne once united the Sunset Lands, but King Robert is dead, his widow is a traitor to his memory, and his surviving brothers are set on a path of war amongst themselves. At King's Landing, the head of Lord Eddard Stark rots on a spike for all to see. His daughter Sansa is betrothed still to his killer's son Joffrey - Queen Cersei's son, though not the son of her late husband Robert. Even so, Joffrey is now a boy-king, Cersei is his regent, and war is inevitable.

In Dragonstone, Robert's brother Stannis has declared himself king, while his other brother Renly proclaims himself king at Storm's End - and Eddard Stark's fifteen year old son Robb wears the crown of the north at Winterfell. A comet in the night sky, red and malevolent, the colour of blood and flame, can only be an omen of murder and war. Stannis's child Princess Shireen dreams of dragons waking from stone.

And a white raven has brought word from the Citadel itself, foretelling summer's end. It has been the longest summer in living memory, lasting ten years, and the smallfolk say it means an even longer winter to come. The first rule of war is never give the enemy his wish. But winter will be the biggest enemy. From beyond the Wall the undead and Others clamour for freedom, and from beyond the sea the long-dead Dragon King's daughter hatches her revenge.

Robb Stark will be exceedingly lucky to reach adulthood. Published by Voyager in 2011. Blue boards (no dust-jacket - as issued), quarter bound in a design with 5 of the House sigils with matching slipcase. This has the advantage of being signed directly to the title page by the author.

Please feel free to contact me if you have any questions concerning this item. I can be reached by the'Ask a question' link on the top right-hand side of the page. _gsrx_vers_841 GS 7.0.16 (841). This item is in the category "Books, Comics & Magazines\Books". The seller is "werehampster" and is located in this country: GB.