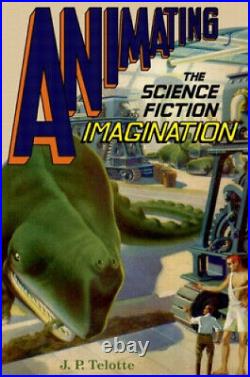 Long before flying saucers, robot monsters, and alien menaces invaded our movie screens in the 1950s, there was already a significant but overlooked body of cinematic science fiction. Through analyses of early twentieth-century animations, comic strips, and advertising, Animating the Science Fiction Imagination unearths a significant body of cartoon science fiction from the pre-World War II era that appeared at approximately the same time the genre was itself struggling to find an identity, an audience, and even a name. In this book, author J.

Telotte argues that these films helped sediment the genre's attitudes and motifs into a popular culture that found many of those ideas unsettling, even threatening. By binding those ideas into funny and entertaining narratives, these cartoons also made them both familiar and non-threatening, clearing a space for visions of the future, of other worlds, and of change that could be readily embraced in the post-war period.

This item is in the category "Books, Comics & Magazines\Books". The seller is "loveourprices2" and is located in this country: GB. This item can be shipped to United Kingdom.