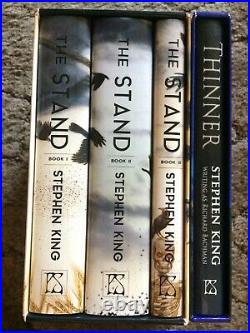 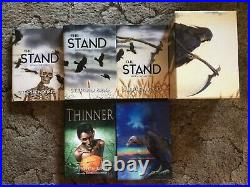 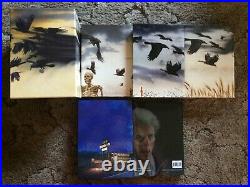 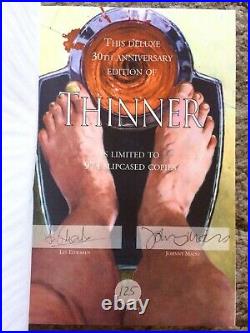 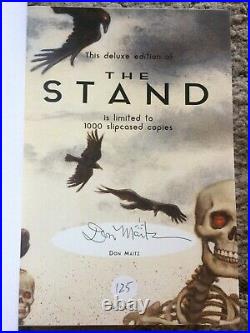 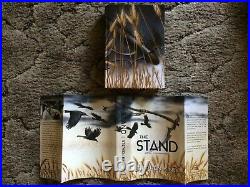 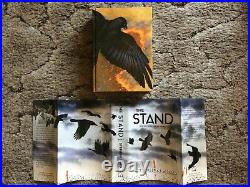 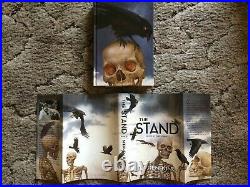 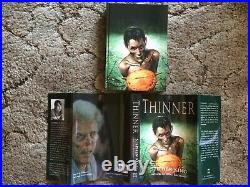 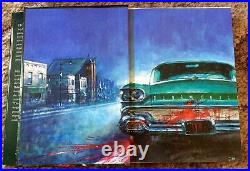 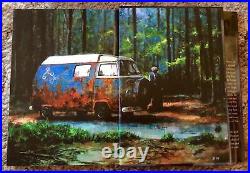 974 copy slipcased edition, signed by Les Edwards & Johnny Mains ISBN 978-1-848638-54-9. Hardnosed lawyer Billy Halleck carries a few pounds more then he should but, hey, hes happy, content, successful and, well, lets say highly sexually charged. Its this latter area thats the cause of all thats to befall him, when his wife, Heidi distracts him while hes driving and causes Billy to run down a woman who was part of a group of traveling Gypsies. The case is kicked out of court (thanks to the judge being a personal friend of Billy) and everyone is happy. Well, everyone, that is, except for the dead womans father whos less than impressed with American justice.

Thinner, he whispers in Billys ear as he strokes Hallecks face. And, hoo boy, its a retribution that truly takes the cake as, from that very moment onwards, Billy Halleck discovers the diet of the gods. No matter what he puts away, the pounds continue to roll off. Initially fearing some virulent cancer, Billy is relieved when he gets the all-clear. From then on, hes happy with his lot: I mean, whats not to likeclear your plate as many times as you want and you dont put on an ounce?

Except, Billy wonders, how will this condition end? Not well, Billys inner voice whispers.

Often overlooked in summaries of Kings works, THINNER is a true tour de force. A rivetting page-turner of the highest order. Coming hot on the heels of PSs Anniversary editions of CHRISTINE, PET SEMATARRY and CARRIE, this specially commissioned 30th Anniversary edition comes in two states: 974 numbered and slipcased copies and 26 deluxe oversized lettered and traycased packages. With all manner of goodies including an Introduction from Johnny Mains, colour artwork from both Les Edwards and Edward Miller (Less dark half if truth be told)and with Johnny and Les signing all copiesthe slipcased state will be a joy to behold. THE STAND by Stephen King, illustrated by Don Maitz. Hornsea, East Yorkshire, UK; PS Publishing; 2019. Issued in 3 volumes housed in an illustrated slipcase. LIMITED to 1000 copies SIGNED BY THE ARTIST ONLY!! PLEASE NOTE: THIS EDITION IS NOT SIGNED BY STEPHEN KING. DESCRIPTION: A NOVEL by Stephen King. EDITION:three individual volumes housed in an illustrated slipcase; heavy artistic involvement from Don Maitz with three wraparound colour covers; a colour slipcase housing the three volumes that make up the novel; six double-page endpapers; and thirty interior pieces, ten per volume; strictly limited to one thousand numbered copies signed by the artist and the introducer. CONTENTS: Book 1 - Captain Trips [370 pages], Book 2 On the Border [380 pages], Book 3 The Stand [383 pages]. ABOUT THE BOOK: One man escapes from a biological weapon facility after an accident, carrying with him the deadly virus known as Captain Trips, a rapidly mutating flu thatin the ensuing weekswipes out most of the worlds population. In the aftermath survivors choose between following an elderly black woman to Boulder or the dark man, Randall Flagg who has set up his command post in Las Vegas. The two factions prepare for a confrontation between the forces of good and evil. All 3 volumes are fine in fine dj's & fine slipcase. The item "THINNER + THE STAND Stephen King 3 vol/slipcased HC eds MATCHING #'s both OOP" is in sale since Sunday, October 4, 2020. This item is in the category "Books & Magazines\Books". The seller is "filip1" and is located in Chickasha, Oklahoma. This item can be shipped worldwide.